December 18 – 20 available to stream on demand

In the early 2000s, Naftali, Dov, and Yitzi–three queer, closeted, ultra-Orthodox Jews–find one another in an internet chat room. As their friendships deepen, their mutual support grows into activism for their community, taking a conversion therapy organization to court. Based on a true story, Abomination is a captivating look at identity, faith, trauma, and belonging as this small group of queer yeshiva graduates forge a new path in their ancient tradition. 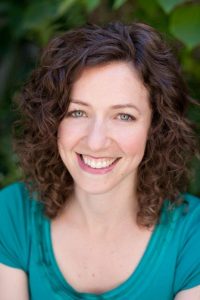 About Cox: Nicole Cox is a writer in DC. Her play, Office of the Speaker, won Best Drama at Capital Fringe 2019, and her poem, “I Want Lou Reed” was nominated for a Pushcart Prize. She’s had productions and readings at the 1-Minute Play Festival, Kennedy Center’s Page-to-Stage, and Citizens Play Festival. Paula Vogel and Dan O’Brien invited Nicole to workshop her play, All Other Nights, at the Sewanee Writers’ Conference. Her work is published in literary magazines including American Book Review, Tablet Magazine, Split Lip, Electric Literature, Briar Cliff Review, and Hanging Loose. Nicole earned her MFA from Emerson College.