The Theater J Patty Abramson Prize Awards $3,000 And a Stage Reading
to an Emerging Woman, Trans, or Non-binary Playwright

Prayer for the French Republic by Joshua Harmon 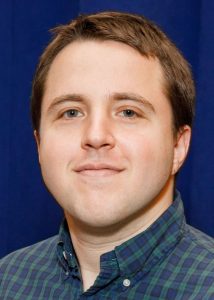 Joshua Harmon’s plays include Bad Jews (Roundabout Underground; Roundabout/ Laura Pels; West End), Significant Other (Roundabout; Broadway/Booth Theatre), Admissions (Lincoln Center Theater; West End), and Skintight (Roundabout). His plays have been produced across the country including at The Magic, Geffen Playhouse, Studio Theatre, Theater Wit, Speakeasy, and Actor’s Express, and internationally in Australia, Canada, Germany, Ireland, Israel, Poland, Russia, South Africa, Sweden, and throughout the U.K. He is a two-time MacDowell Colony Fellow and under commission at Manhattan Theatre Club and Roundabout, where he is an Associate Artist. Education: Juilliard.

Finalists:  A Model City by Brooke Berman and Picture of a House in Shaker Heights by David Grimm. 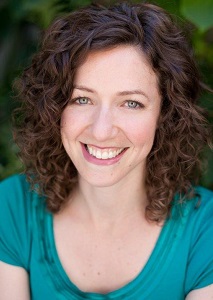 Nicole Cox is a writer in DC. Her play, Office of the Speaker, won Best Drama at Capital Fringe 2019, and her poem, “I Want Lou Reed” was nominated for a Pushcart Prize. She’s had productions and readings at the 1-Minute Play Festival, Kennedy Center’s Page-to-Stage, and Citizens Play Festival. Paula Vogel and Dan O’Brien invited Nicole to workshop her play, All Other Nights, at the Sewanee Writers’ Conference. Her work is published in literary magazines including American Book Review, Tablet Magazine, Split Lip, Electric Literature, Briar Cliff Review, and Hanging Loose. Nicole earned her MFA from Emerson College.

Finalists: Belfast Kind by Margot Connolly and Grains of Wheat by Abigail Weaver

Submissions are now closed. They will re-open around January 1, 2021.

The Theater J Trish Vradenburg Jewish Play Prize will award $15,000 to an established playwright in honor of a new play that celebrates, explores, and/or struggles with the complexities and nuances of the Jewish experience.

The Prize is dedicated to the memory of philanthropist, playwright, and Alzheimer’s research advocate Trish Vradenburg, who served on Theater J’s Council for 13 years. Plays are eligible whether or not they have been produced, but any professional premiere must have occurred since July 2018. To be eligible for the prize, playwrights must have had at least three productions at LORT, Broadway, or off-Broadway theaters (multiple productions of the same play can be counted). Submitted plays will be read by a committee of Theater J staff and collaborators.

ABOUT TRISH VRADENBURG
Trish Vradenburg served on Theater J’s Council for 13 years. She was an accomplished playwright, author, comedy writer, journalist, and advocate. Artistic Director Adam Immerwahr says, “Trish’s unforgettable humor and profound commitment to excellence brought light to every corner of our community. She loved excellence in theater, and I am thrilled to honor her memory with this prize to an established playwright.”

The Theater J Patty Abramson Jewish Play Prize will award $3,000 and a stage reading to a promising emerging woman, trans, or non-binary playwright in honor of a new play that celebrates, explores, and/or struggles with the complexities and nuances of the Jewish experience.

The Prize is dedicated to the memory of philanthropist and venture capitalist Patty Abramson. Plays must not have been produced, but a future professional production (outside of the DC metro region) may be scheduled. Eligible playwrights must not have had more than two productions at LORT or off-Broadway theaters (multiple productions of the same play will be counted) but may have been produced at other professional theaters. Submitted plays will be read by a committee of Theater J staff and collaborators.

ABOUT PATTY ABRAMSON
Patty Abramson co-founded Theater J’s Council. She created the Women’s Growth Capital Fund and co-founded WomensAngels.net, which, together, invested nearly $40 million in businesses owned or led by women. Artistic Director Adam Immerwahr says: “Patty was fiercely loyal, keenly insightful, and always in Theater J’s corner with wisdom and guidance. We are thrilled to honor her legacy with this important prize for an emerging female-identifying artist.”

What makes a play “Jewish?”

For the purposes of this award, “Jewish” plays are plays in which Jewish identity, history, or culture plays a critical role: if you took it out, the play would change meaningfully.

What makes a playwright “established” or “emerging?” For which prize am I eligible?

For the purposes of this award, “established” playwrights are playwrights who have had their work produced on or off Broadway or have had multiple productions at LORT theaters. If a playwright has received at least three full productions of one or more of their plays in LORT or off-Broadway theaters (or any productions on Broadway), they are eligible for the Trish Vradenburg Jewish Play Prize ($15,000). If they have received two or fewer full productions of their plays at LORT or off-Broadway theaters, they are eligible for the Patty Abramson Jewish Play Prize ($3,000 and a stage reading at Theater J). Multiple productions of the same play will be counted toward the total number of productions in either award.

Does the play have to be unproduced?

What are the other eligibility criteria?

The submission deadline for both prizes is April 1, 2020.

Is there a limit to number of submissions per playwright?

There is no limit to the number of submissions per playwright, provided that each play meets the eligibility criteria.

Who may submit plays?

Will I receive any notification that my script was received? Rejected?

You will receive an email confirmation that your script was received within ten days of submitting. All playwrights will receive a form letter with notification prior to award announcements in fall of 2020.

Do workshops/readings limit a script’s eligibility?

Developmental readings and workshops do not limit a script’s eligibility.

Is there a fee?

There is no fee for submitting for either Prize.

Will Theater J be producing my play if I win the award?

Will you give me feedback about my play?

No, Theater J will not be able to provide feedback about submitted plays.

What is required in the submission?

Can I ask someone a question about the prize and my eligibility?

Please be sure to read through these FAQs first. If your question still is not answered, you may write to LitOffice@theaterj.org