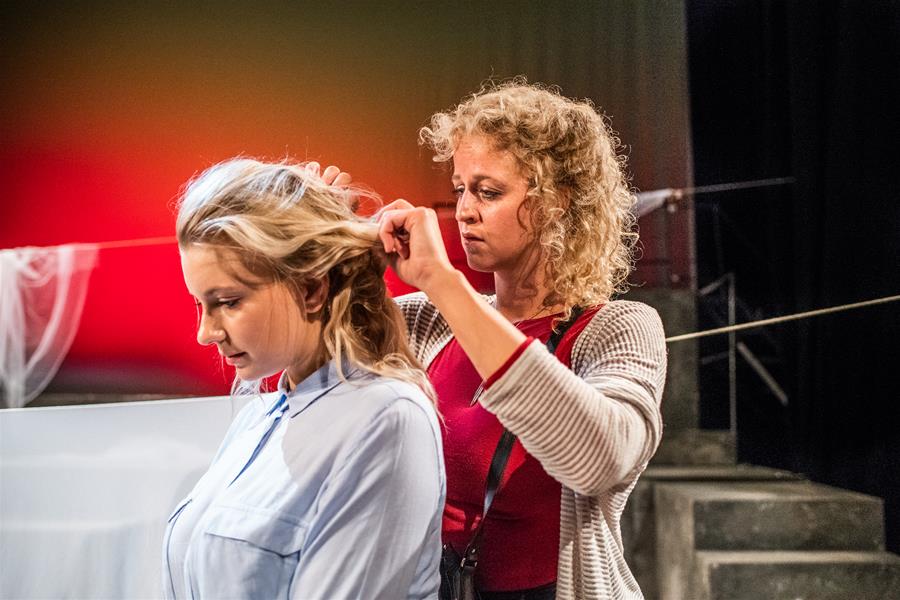 Established in 1994, Municipal Theatre Mladá Boleslav is a professional theater in the north of the Czech Republic known for producing new Czech plays, world classics, and unconventional works with their resident acting company and guest artists. They commissioned Israeli playwright Hadar Galron’s stage version of The Secrets in 2017, based on the much admired 2007 film by Israeli artists Avi Nesher and Galron.

It is 1996, and Naomi, a young ultra-Orthodox woman, who dares to become a rabbi, enters a seminary for women in the mystical city of Tzfat. There, the studious Naomi is paired with the rebellious French-Israeli Michelle. As the unlikely study partners delve into mysterious Kabbalistic practices, an unexpected love forms, causing Naomi to risk everything she thought she wanted.

The Secrets is a powerful story about the search for the sacred in all its forms, the fight for what is right rather than conventional, and the triumph of love over intolerance.