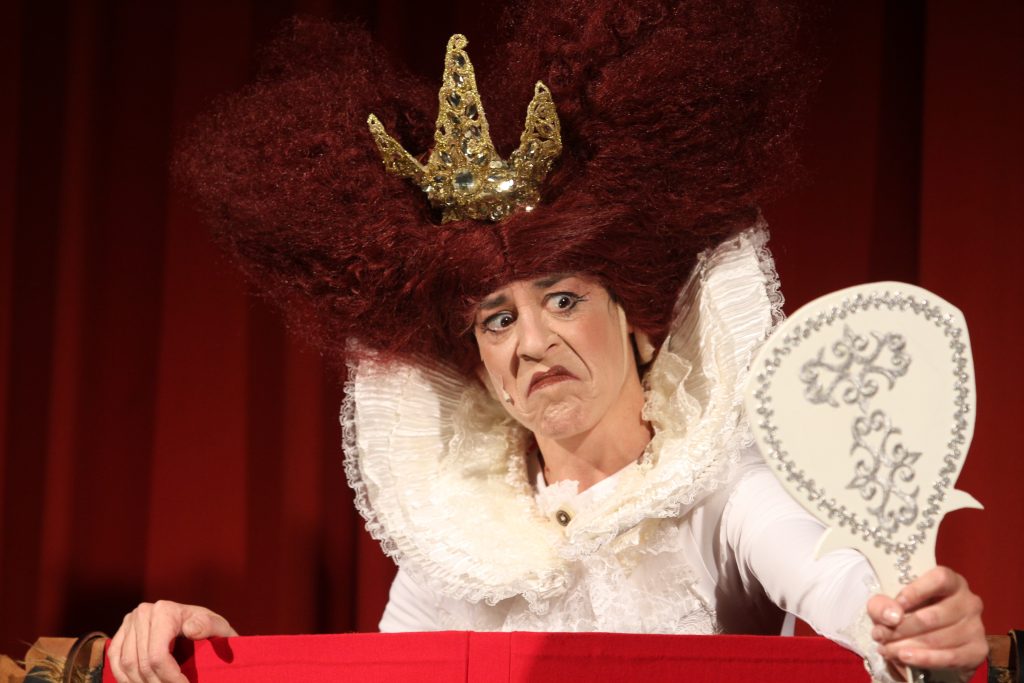 Four Fables and a Queen

Deep in the forest, the Queen Judge presides over the Animal Court. But when she loses her reflection in her mirror one day, she simply cannot do anything until Lion, Mouse, Fox, and Crow help her find it! Will the Queen Judge ever see herself in the mirror again? Will the animals stop bickering long enough to help? All the answers—and more—await!

Written, directed, and performed by Ruti Tamir, this multi-awarded performance has travelled all over the world. Most enjoyed by children ages 6+, Four Fables and a Queen bewitches theater lovers of all ages with its combination of classic fables, rhyming text, and virtuosic mime.

Actress, mime, and director Tamir has an unparalleled career spanning dance, theater, pantomime, and physical theater across the USA, Europe, and Israel. Based in Israel since 1996, she has performed in, directed, choreographed, or created dozens of acclaimed theatrical productions, in addition to her television and film work and teaching mime and physical theater to actors and dancers.