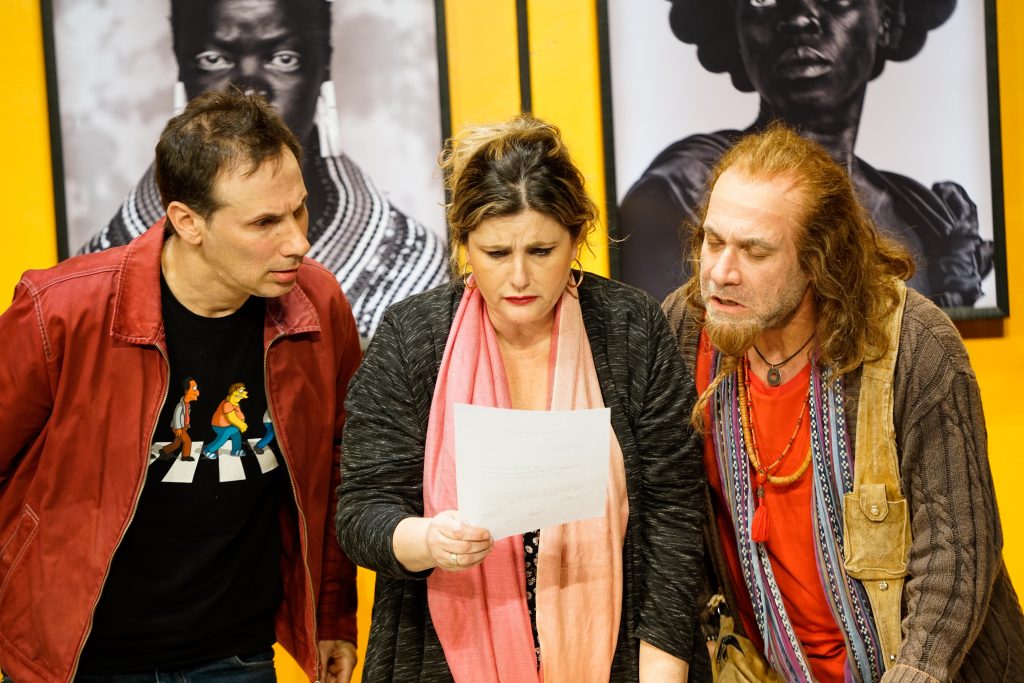 Founded in 1944 in Tel Aviv, The Cameri Theatre is one of Israel’s leading theaters. Committed to producing new Israeli plays about contemporary social issues and the daily experiences of its audience, The Cameri has performed around the world as well as hosted internationally renowned artists in Tel Aviv.

Growing up, Ayelet, Gur, and Sela were told never to fight. Now adults who’ve taken very different paths in life—one a divorced teacher, another a successful actor, and the last a penniless spiritualist—the three cannot help themselves. But when the reading of their late father’s will reveals a mysterious claimant to their inheritance, including their childhood home, can the siblings overcome four decades of petty spats to reclaim what they think is theirs?

Packed with laughs, punches, and reluctant hugs, Don’t Fight is both a comedy about sibling rivalries and a touching play about who you keep beside you as you find yourself. That is, if you don’t fight every second along the way.